How can simple breathing exercise increase your endurance? 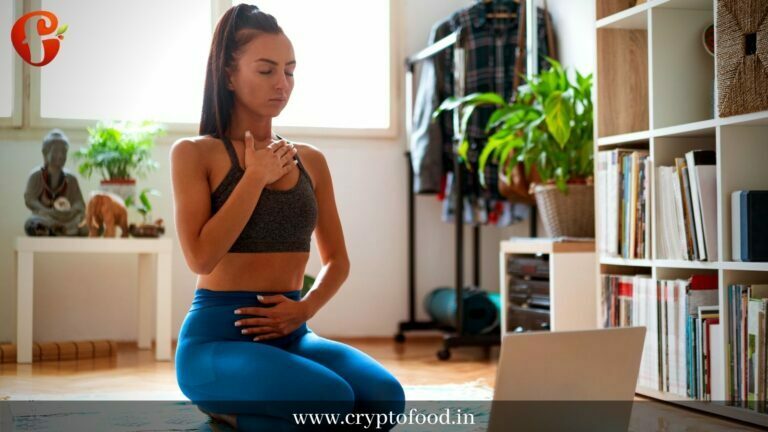 When you’re working out, you might be overlooking a group of muscles crucial to your success: the ones that help you breathe.

The benefits of particular muscles that control our breathing may extend to our fitness levels, according to new research presented at the American Physiological Society annual meeting at Experimental Biology 2022.

Resistance exercise is known as high-resistance inspiratory muscle strength training (IMST) to develop our breathing muscles. It’s a method of strengthening the breathing muscles of persons with the respiratory disease by inhaling via a portable device that provides resistance, similar to inhaling through a straw. It was first proposed in the 1980s.

“Conventional aerobic exercise can enhance cardiorespiratory fitness and exercise tolerance, which are both independent risk factors for cardiovascular illnesses,” said Kaitlin Freeberg, a PhD student at the University of Colorado Boulder’s Department of Integrative Physiology.

“However, due to a lack of time, adult adherence to physical activity standards is poor, implying that novel, time-efficient healthy lifestyle interventions are needed to reduce the risk of cardiovascular diseases as people age,” Freeberg added.

Increases 12% of fitness and exercise

For this study, Freeberg and his colleagues divided 35 adults over 50 into two groups: one used IMST at high resistance, and the other used the device at low resistance as a “control” group.

Both groups did IMST training for 30 breaths (about five minutes). The goal was to see if six weeks of high-resistance IMST could help people enhance their cardiorespiratory fitness and exercise tolerance.

The high-resistance group exhibited a 12 percent improvement in a treadmill time to fatigue test after six weeks, while the low-resistance control group showed none.

The 14 most nutrient-dense Vegetables

Have you ever stood back and watched babies and children? Have you ever paid attention to how they breathe? They comfortably breathe via their nostrils, except for the occasional temper tantrum or crying fit. There are no gaps for air coming from their mouths. Even when playing, children breathe in a rhythmic, flowing, and moderate manner. They’re having a good time. They are entirely immersed in the present moment. They aren’t suffocating from lack of oxygen.

The human body is designed to breathe through the nose. The mouth has evolved to allow us to eat and drink. To breathe, the nose has evolved. Cilia, microscopic hairs that filter out particulate debris, line the inside of the nose. They protect your body from hazardous items and germs by keeping it clean. You should be grateful for these if you live in a city or urban setting.

The nose also has a series of ridges or turbinates fashioned like elongated seashells, which is even more remarkable. Consider these turbinates to be your air conditioner. They allow breathed air to flow smoothly and pass through cilia and mucous membranes with the most significant surface area. Air is heated to body temperature, filtered, and humidified as it flows past these built-in Brita Filters (up to 98 percent saturation).

Unleash the horse within you!

Horses are magnificent, one-of-a-kind, and fascinating creatures. They’re notable for their ability to run long distances while carrying heavy burdens (including their 1000+ pound bodies) and their evident enthusiasm for running hard. Surprisingly, a horse can run at incredible speeds while breathing just via its nose. They are built to breathe this way and have no trouble getting adequate oxygen for their massive bodies.

They sweat through their skin in the same way that humans do. As a result, their mouth is useless while riding. You could tape a thoroughbred racehorse’s lips shut during training or a race, and it would still perform admirably! In reality, some thoroughbred horse trainers utilise similar procedures to “re-train” horses with breathing problems, increase their speed and performance on the racetrack, or improve their temperament.

Dogs are similar to humans in that they breathe via their noses. Their nose is complex at work whether you’re cruising around town or going for a run together. The only exception is that they must pant to cool off because they do not sweat through their skin.

Another essential benefit of nose breathing is that it aids the body in maintaining a more balanced carbon dioxide level in the blood.

Consider the case of a runner. When you mouth-breathe while running, you inhale massive amounts of air in fast bursts. As a result, your body might expel enormous amounts of carbon dioxide, a waste product. Isn’t this a positive development? Yes, but only to a certain extent. The difficulty is that mouth breathing quickly puts you in a situation where your blood carbon dioxide concentration is unnaturally low. Because there is less carbon dioxide in the blood, oxygen does not flow as freely into the body’s cells.

Breathing through the nose allows a more focused and smaller stream of air to enter the lungs. As a result, according to Dr Konstantine Buteyko (developer of The Buteyko Breathing Technique), your blood carbon dioxide levels can stay more mild and even, and oxygen can be absorbed more efficiently into your bloodstream.

Many people have been practising nose breathing for many years and still do it throughout the day. It has become second nature to them to breathe in this manner. During strenuous exertion, though, they frequently find themselves reverting to mouth breathing. Maintaining nasal breathing during workouts needs a great deal of concentration and attentiveness. It is worthwhile, but adhering to it over time, like any habit, requires patience and finesse.