Essential Factors That Affect Your Metabolism 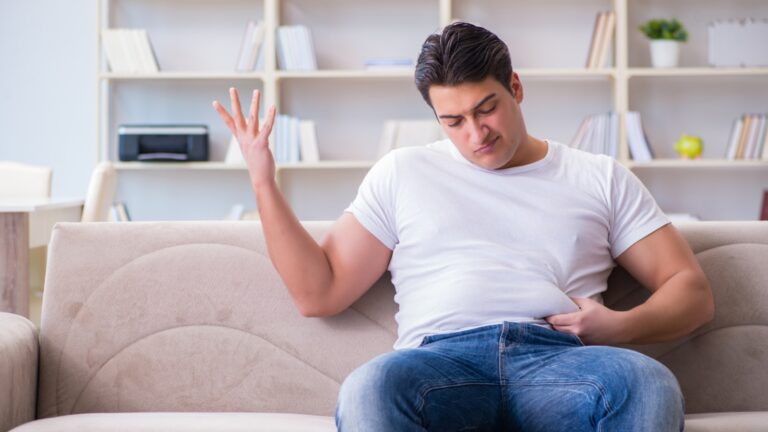 The human body undergoes millions of chemical reactions, which are referred to collectively as metabolism. These functions keep us alive and allow the body to grow and repair tissues. It also allows for normal functioning by breaking down nutrients from the diet.

Metabolism has a significant impact on how many calories the body burns at any given time, which is critical for weight gain, loss, or maintenance. This is due to metabolism’s ability to maintain a balance between energy in and energy out. Similarly, basal metabolic rate (BMR) refers to the amount of energy expended solely to keep the body operating while at rest. It accounts for between 50 and 80% of the energy required and accounts for the majority of metabolism.

The importance of studying metabolism has grown over time because everything the body does requires energy, different metabolic conditions, and, most importantly, weight.

Metabolism is an lifelong balancing act

Your metabolism influences the amount of energy (commonly measured in and referred to as calories) that your body burns at any given time, and thus plays an important role in weight gain, loss, or maintenance. Catabolism and anabolism are the two metabolic processes that the body regulates to maintain balance.

Catabolism is the breakdown of food components (such as carbohydrates, proteins, and fats) into simpler forms that can be used to create energy and provide the basic building blocks needed for growth and repair, whereas anabolism is the part of metabolism in which our body is built or repaired and requires the energy that ultimately comes from our food.

Simply put, gaining/losing/maintaining weight is a balance of energy coming in and energy leaving the body.

Includes the energy expended by the body to keep all of its systems running smoothly.

Fun fact: You’ve probably heard of “fast” or “slow” metabolisms, which refer to the fact that some bodies are more efficient than others at these metabolic processes.

Thermic effect of food, also known as metabolising food, is the energy used to eat, digest, and metabolise food (about 5-10% of daily energy use).

This component accounts for 20% of daily energy use for the moderately active person (30-45 minutes of moderate-intensity physical activity per day).

This total energy output must be balanced with energy input (food and drink).

10 Factors that affects your Metabolism

Because of sarcopenia, a natural loss of muscle tissue, as well as hormonal and neurological abnormalities, people’s metabolism slows down as they age. Every decade after the age of 30, the loss of lean muscle mass causes a 3-5% decline in BMR. The good news is that regular resistance and strength training can help slow muscle loss.

The genes may play a role in determining metabolic rate. As a result, the BMR rates vary by family. In some cases, a faulty gene produces a protein that processes food inefficiently, resulting in a metabolic disorder. The majority of hereditary metabolic disorders are treated with strict dietary restrictions and medical supervision.

When your body mass, height, and surface area increase, so does your metabolic rate. The BMR is higher in larger bodies because they have more metabolising tissue, larger organs, and more fluid volume to maintain.

The metabolic activity of fat tissue is lower than that of muscle tissue. As a result, it burns far fewer calories than the majority of other human tissues and organs. According to one study, as lean or muscle mass increases, so does metabolism (since your bones, organs, skin, brain, etc., usually remain the same). A higher metabolic rate is associated with more muscle mass. As a result, the more muscle mass one has, the more calories one burns per day.

The metabolic rate is controlled by the hormonal system. Hormonal imbalances can affect how quickly or slowly the body burns energy because hormones control metabolism.

According to one study, when at rest, muscle energy expenditure accounts for about 20% of total energy expenditure. When people exercise vigorously, their energy consumption can increase by 50 times or more. Muscles can burn up to 717 calories per hour during vigorous physical activity.

The amount of energy expended during a workout varies depending on the individual and the intensity of the session, as well as the person’s body type, age, health, and level of exercise. Regular exercise trains the body to burn calories faster even when at rest and builds muscle mass, which improves metabolism.

In extreme cold or heat, the body has to work harder to maintain an average body temperature, which speeds up metabolism. According to studies, people who live in tropical climates have higher BMRs than those who live in temperate climates. It is due to the fact that the body requires energy to maintain a constant temperature.

For every 0.5°C increase in internal temperature, the body’s metabolic rate (BMR) increases by about 7%. Furthermore, higher temperatures accelerate chemical reactions in the body. As a result, a patient with a fever of 42° C (roughly 4° C above normal) would have a 50% increase in BMR.

According to one study, fever raises body temperature, which raises the metabolic rate (BMR) by 14-15% per degree Celsius. The body’s increased metabolic rate.

A consistent metabolism is aided by adequate sleep. When you sleep poorly, it disrupts your body’s natural sleep cycle, which influences hormones and makes it more difficult for your body to use energy efficiently. This can result in food cravings and a slow metabolism.

Metabolism is the process of obtaining energy from food in order to function properly. Metabolic diseases include diabetes, obesity, and cardiovascular disease. Normal blood pressure, blood sugar, and cholesterol levels also improve metabolic health. Age, gender, genetics, diet, stress, hydration, and other factors, on the other hand, influence metabolism. Furthermore, being overweight or obese is a key indicator of poor metabolic health.

What is the flu(Influenza)? Causes, Symptoms, Treatment

Soaked Beans – Healthier or Not?